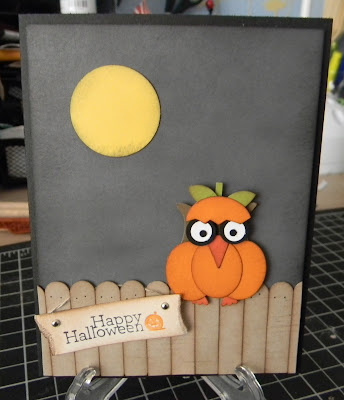 How stinkin' adorable is this card!!!!  I'm seriously over the moon for this card.  Not only does it use punches-YAY! But it uses the owl punch-double YAY!  AND it's the owl dressed up for Halloween-shut the front door that's too cute!!!!!  There's lots going on with this card.  But surprisingly I only used a few punches.  I'll make sure to list them.  I saw the little pumpkin owl on Pintrest and thought I had pinned it but when I went back through my boards I couldn't find it so I guess I didn't pin it after all.  There's serious sponging on this card.  Every single layer is sponged.  The base is Gray sponged in Black, the moon is also sponged in black.  Everything else is sponged in Soft Suede. 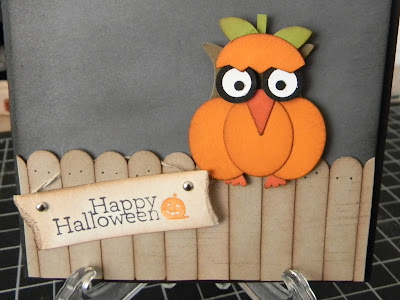 Here's the punches.  The owl, is the Owl Punch, the Small Oval Punch and the Pennants Punch for his beak.  That's it I swear!  For the fence I used the Word Window Punch and the moon is the 1 1/4 Circle Punch.  Don't you just love him!!!!!?!!! 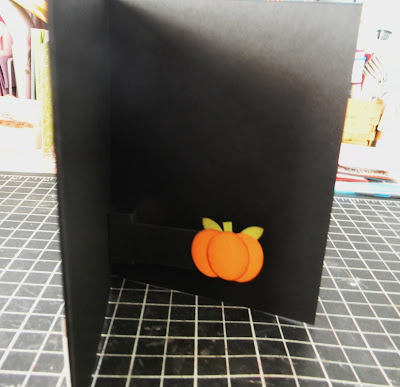 I made another pumpkin and was going to place it on the ground in front of the fence, but it threw the card off and didn't look quite right.  So instead I put it on the inside and it pops up when you open the card.  Seriously there's no end to the cuteness of this card :)  It's hard to see that it pops up in the picture but it does.  I wouldn't lie to you :)  So that's it.  I hope you enjoyed the card.
Thanks for looking, see you soon!!!!!
on September 26, 2012

Ruth - This card is soooooo cute. I had to case it in MDS. It's over on MDS.net.
Thanks

Your li'l dressed owl is so stinkin' cute. I have to lift it. Thanks vor sharing.
Gisela aka maedi from Germany 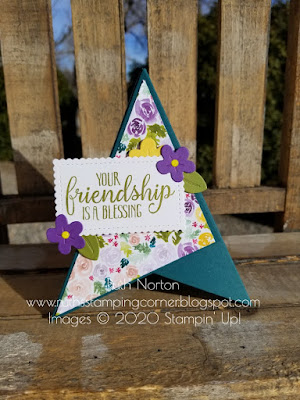 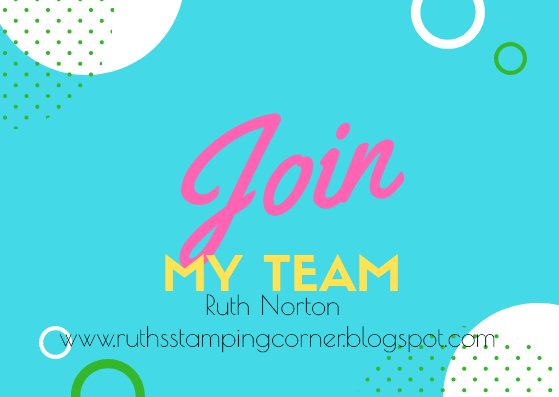 Shop For Stampin' Up! Products

Host Code For The Month 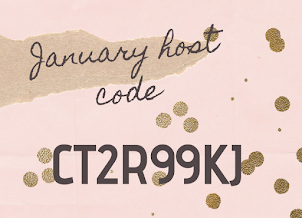 Ruth Norton
Welcome to my blog. I am a Stampin' Up! Demonstrator since 2003. I love what I do! I love being able to set my hours and work from home. I love being creative and making cards and scrapbooks that bring so much joy to those around me. I hope you enjoy my blog, suggestions are always welcome! 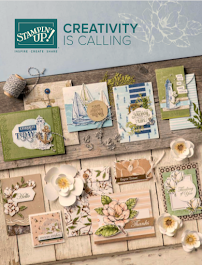 Promote Your Page Too

Love What You Do 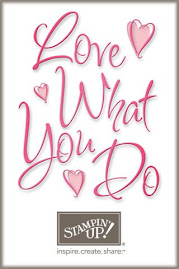 This is the personal blog of Ruth Norton, an Independent Stampin' Up! Demonstrator. I am responsible for its content. All content is © Ruth Norton, unless stated otherwise. My original artwork is shared for personal inspiration only and may not be used for personal gain or copied for any publications or contest submissions. Thanks!